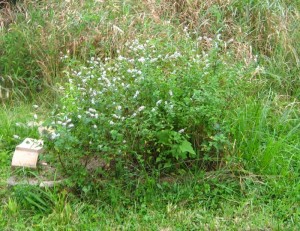 Alright, so in case I didn’t mention it before, I am running Gentoo again on my desktop.  Things are good, compiling is fun, etc.  However, every once in a while there is a little snag.  Just recently (yes, around 1:30 AM, it’s a night off and I got sidetracked), I had reason to burn a CD (which I don’t do very often).  Well, I stuck the CD in, and Gnome didn’t pick it up.  IE, I installed Brasero to burn it, and it wouldn’t detect the CD in the drive.  That sucks.

As I also run Ubuntu, I’ve gotten used to having things picked up and configured for me, from CD drives and USB hotplugging, to things I never knew existed.  Well, I knew I’d had this CD problem before and had fixed it.  Turns out all I had to do with edit /etc/fstab and comment out a line I had for mounting /dev/cdrom.  (If you run Gentoo, you most likely know what I am referring to here, if not go browse their documentation.)  After that I just took the CD out and a few seconds later put it back in again.  Brasero picked it up and I was off.

In case you’re curious, this CD is a Windows live CD.  Yes, you read that correctly, apparently it can be done.  It’s for my laptop, a Lenovo G530.  I want to update the BIOS, and while I think there are hacks for sticking the BIOS image on a bootable DOS USB drive, I wasn’t entirely confident in that.  (Their site gives you a Windows-only BIOS flashing program.  You can extract the BIOS file itself, though.)  So I looked up how to do the live CD, and set it up in a VM I had on my laptop and transferred it to my desktop, with its faster CD drive.  I used BartPE to do it.

Why would one update the BIOS, you ask?  Well, my laptop, a Lenovo G530 has this nasty habit of beeping whenever I plug the power cord in.  Or take it out.  Or when the battery gets low.  The sound is loud and annoying, and while muting the sound stops it, this a) only works when the system boots up and b) means that if I want to have any sound I have to put up with it.  I usually just mute temporarily, or plug the cord in when it’s off.  But sometimes I’ll be on battery and listening to music through earbuds, when the battery will be nearing the end of its charge and all of a sudden a deafening beep will resonate through my skull.  Well, my laptop runs version 1.08 of the BIOS, while the new version, 1.10 supposedly fixes this.

Also, I removed the the hard drive from my machine first, just so the booted Windows didn’t mess with it.  I also took out the battery, not sure if that makes a difference.  (Someone recommended it when updating BIOS.)  So after this hopefully I won’t have to touch Windows on bare hardware for a while.